Council of Elders | A BIRTH NOT A BURIAL 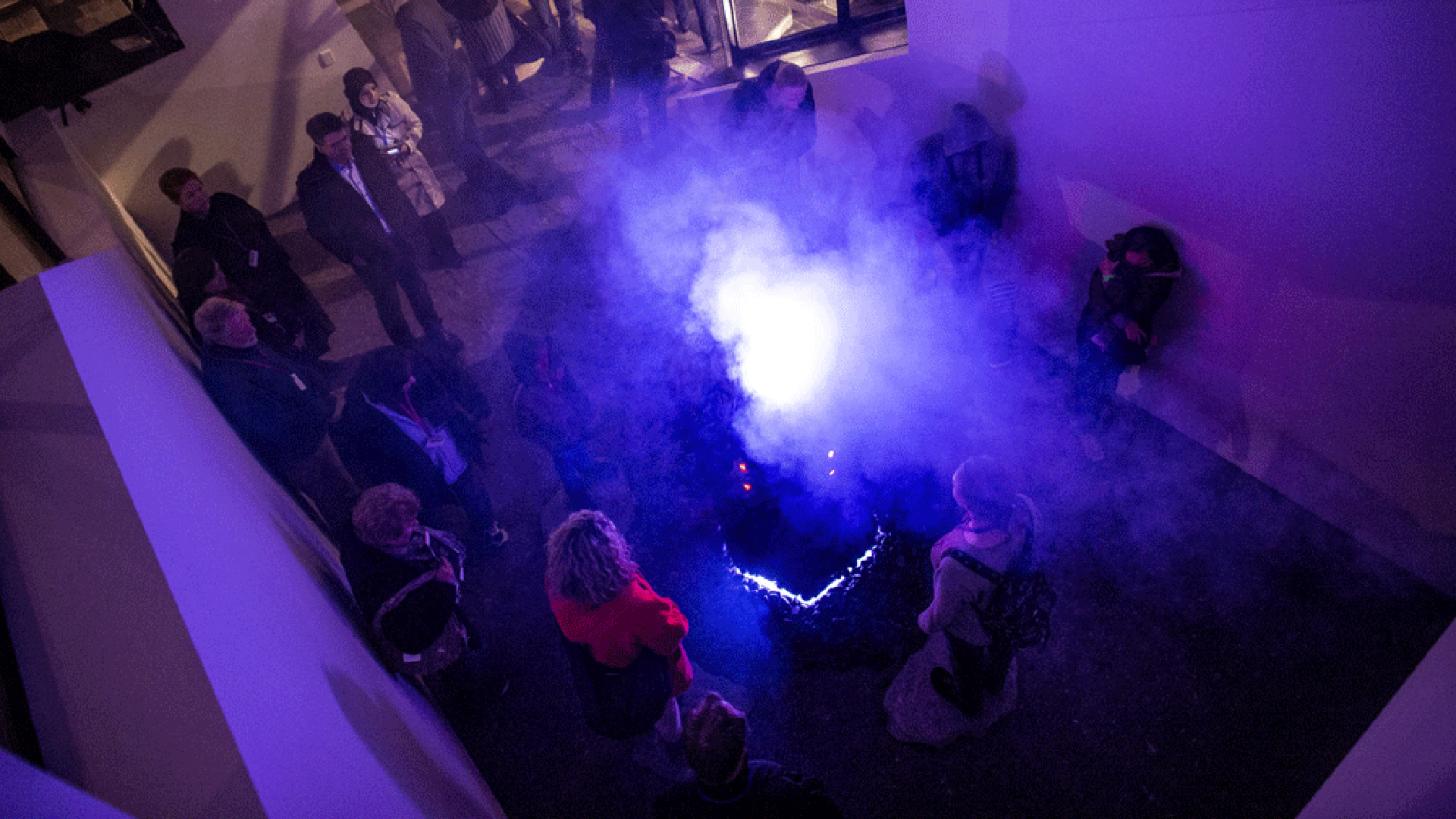 Council of Elders are a music and art collective established in 2003 by Ivan Masic and Jerome Moscicki. For Birth Not A Burial, we were commissioned by the city of Greater Dandenong to deliver an interactive sculpture, projection and closing night performance for the 2014 Nocturnal Winter Arts Festival. The team working on the projected consisted of Shaun Duncan, Bashar Gurkan, Adam Hipwell, Ivan Masic & Jerome Moscicki.

Birth Not A Burial is a modern rendition of a standing stone that draws on a mixture of historic and contemporary themes to create an archetypal symbol. Standing stones represent humankind’s earliest architectural ambitions and were venerated by a diverse range of ancient peoples, from the Celts and early Anatolians to Victoria’s own First Nations inhabitants. Originally powerful fertility symbols, in our modern Western culture such structures are often employed as memorials with funerary associations. Birth Not A Burial seeks a return to a more ancient perspective via present technology.

Constructed from a pentagonal Gabion box frame filled with black river pebbles, the sculpture has a number of hidden components. These include stereo speakers, motion sensors, LED lights and an Arduino controller. The sculpture has an idle state consisting of slow pulsing lights around its base, however when approached, a light is activated from the corresponding face and a sound element is emitted from its interior.

Each face of the sculpture engages the individual participant in the same way. The sound component triggered from one face is designed to blend with the others, spawning a new composition each time it is approached. Once all five faces are activated, a percussive sound element is initiated and a larger light is emitted from the top of the sculpture. The full ritual is now enacted.

The ritual coalesces the individual with the group and their environment, dissipating fear of the night under the expression of sound and light, in a communal generative experience. Individual participation has a tangible response but it is not until a collective force unites to activate the sculpture, that the ritual is complete. 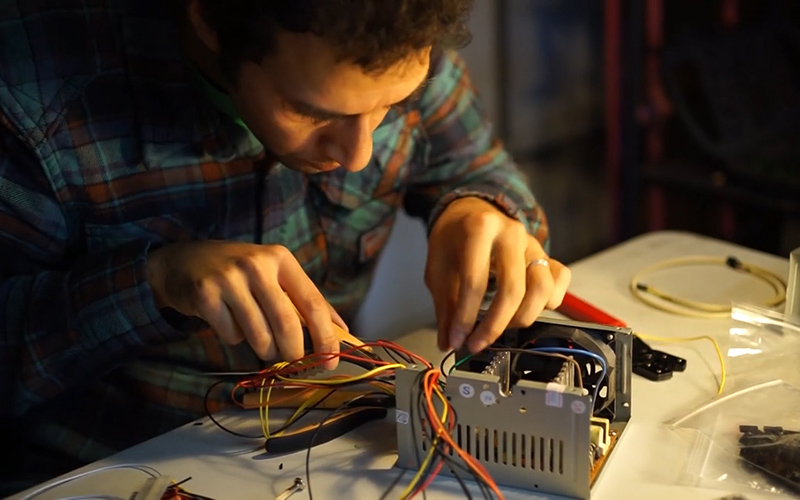 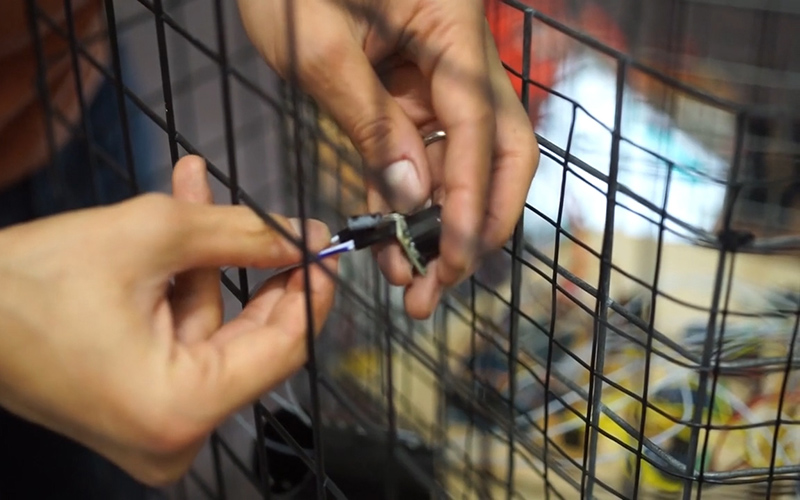 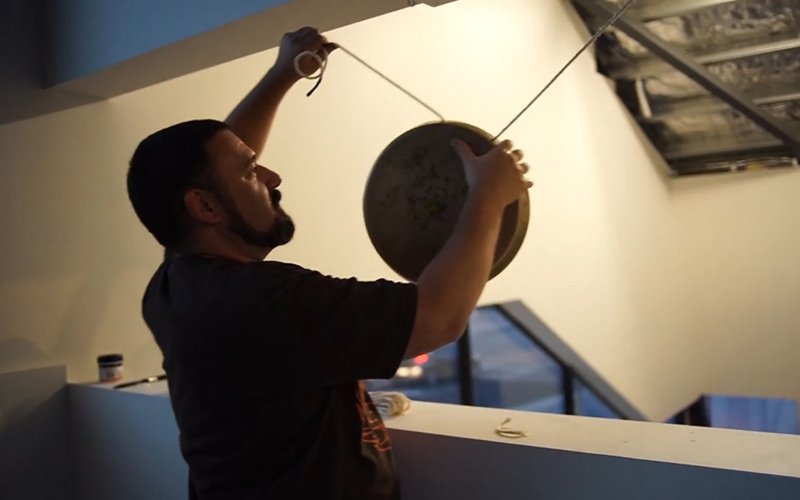 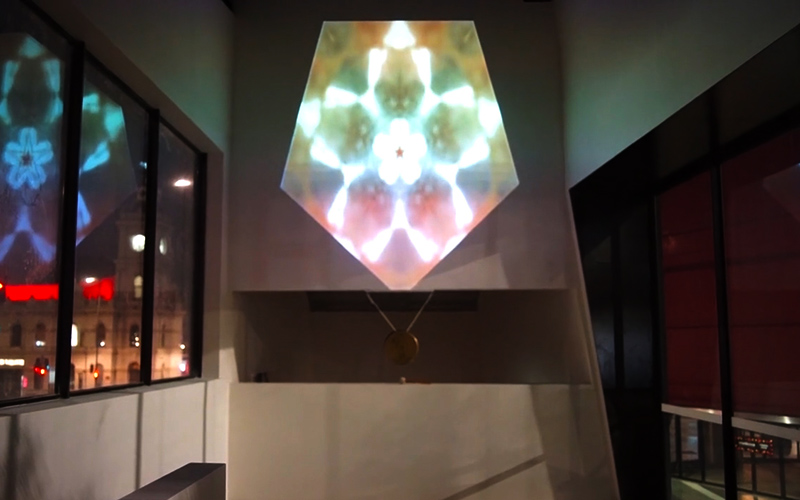 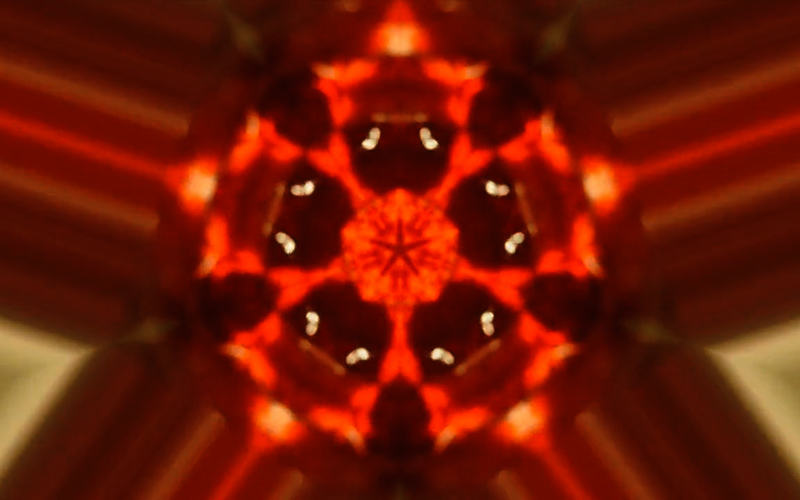 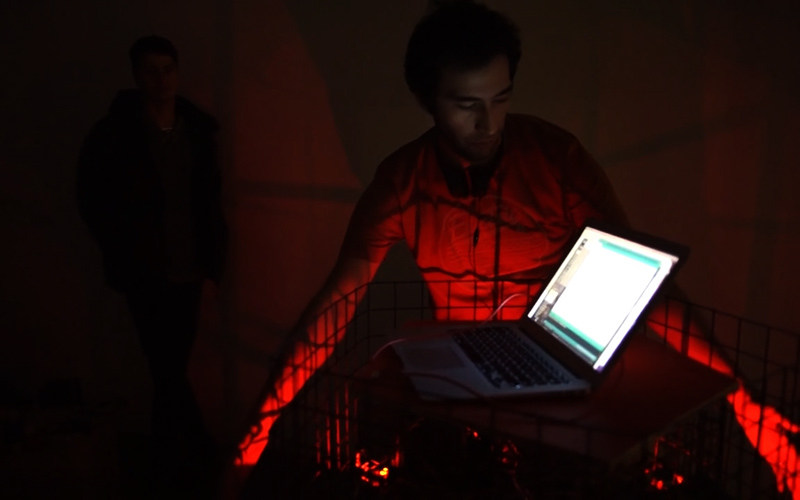 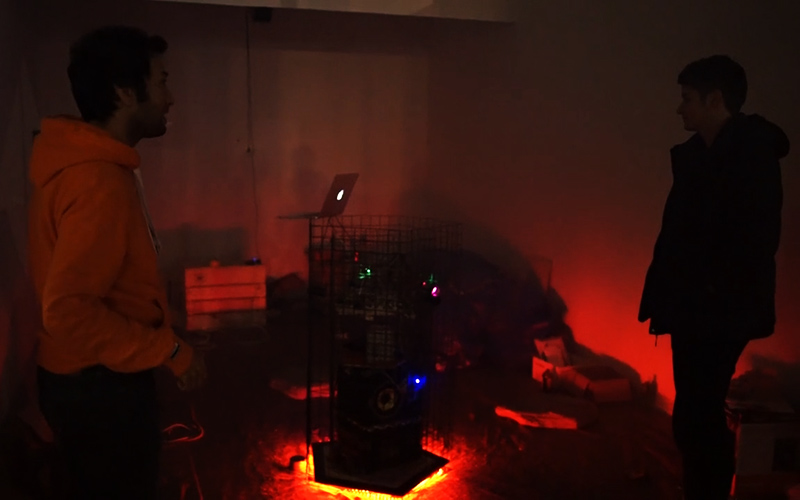 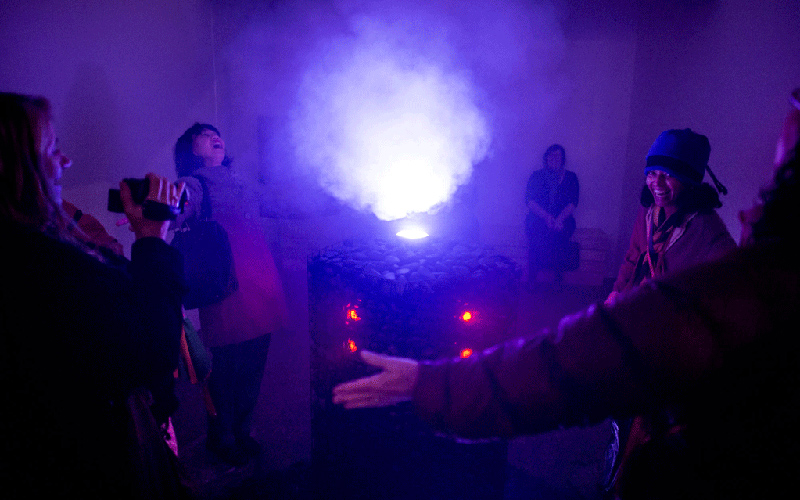 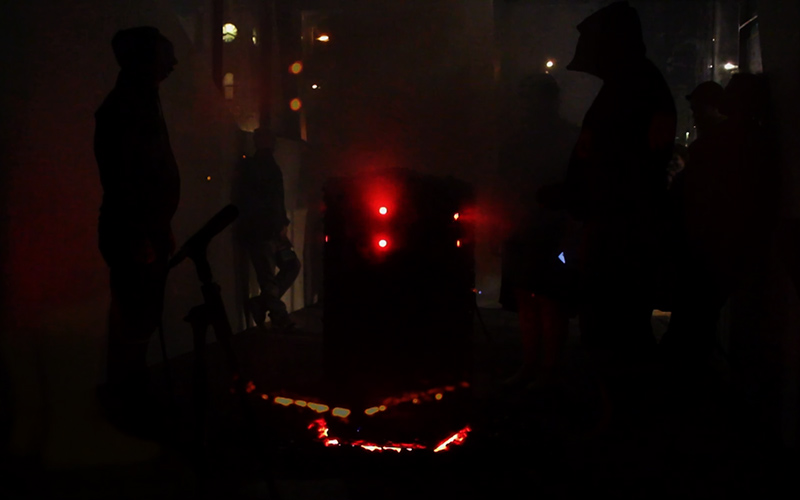